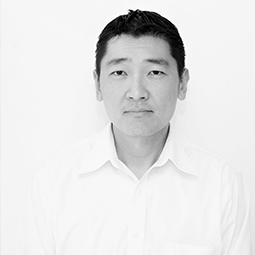 Stephano is a strategic advisor, entrepreneur, and technology executive who has created and innovated businesses in e-commerce, data science & analytics, digital marketing & media, consumer marketplaces, and B2B software platforms. As a strategic advisor and operator, Stephano has worked with several private equity and venture capital funds over the last 20 years to increase growth and build value in their portfolio companies. Through his venture studio, Springhouse Capital, Mr. Kim has served over a dozen venture-backed startups in fintech, biotech, consumer health, renewable energy, and education as a founding strategic and operating advisor.  Springhouse Capital is also an angel investor in over 40 companies with multiple successful exits.

From 2014 to 2019, Stephano served in several roles at AT&T/WarnerMedia, most recently Chief Data Strategist of Turner Broadcasting and EVP Corporate Strategy at WarnerMedia. During this time, Stephano was responsible for restructuring and modernizing several business functions across Turner while developing its enterprise-wide data and analytics capabilities as well as its advanced advertising solutions. Stephano was also instrumental in the merger and integration between TimeWarner and AT&T.  Post merger, Stephano also led the effort to unify data strategy and advanced advertising across WarnerMedia, Xandr, and AT&T, while building direct-to-consumer capabilities across WarnerMedia that now support HBOMax.

Prior to Turner Broadcasting, Stephano served as a C-level executive for several growth stage companies working with the founding teams toward successful exits, including pioneering companies in digital/programmatic advertising, advanced analytics, social media advertising, and e-commerce. Stephano also held roles in business development and strategy focused on advertising, customer acquisition and retention marketing at AOL while the company was a subsidiary of Time Warner.  Stephano received his bachelor degree from Cornell University, where he has served on both the Cornell University Council as well as the Advisory Board to the Dyson School of Applied Economics and Management. Mr. Kim also holds a master in business administration degree, with honors, from Columbia Business School.